PLOT: Confessed cannibal Issei Sagawa monologues to the camera, his face often out of focus, and talks to his caretaker brother, who is revealed to be almost as deranged. 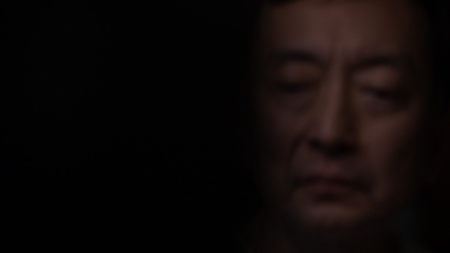 WHY IT WON’T MAKE THE LIST: Caniba would make a list of the most disturbing movies ever made—easily. Its subject is a weirdo par excellence—in fact, he may be the world’s strangest living monster—and the film takes an experimental, offbeat approach to depicting him. Yet everything shown here is tragically real, and the effect goes beyond “weird” into “despairing.”

COMMENTS: Issei Sagawa, an intelligent but shy Japanese man studying French in Paris, killed and ate a female classmate in 1981. He spent five years in a mental institution in France and then was deported to Japan where, due to quirks of the judicial system, he was freed. Since then he has lived a marginalized existence, making a meager living off his infamy. He is now weakened by a stroke and holed up in a dingy apartment, cared for by his brother.

Lucien Castaing-Taylor and Verena Paravel, Harvard-based anthropologist filmmakers, chose to follow up their arthouse hit Leviathan (an uncontroversial documentary about commercial fishermen in the North Atlantic) with this perverted provocation about Sagawa. Most of the movie is out-of-focus shots of the ailing cannibal, closeups of his twisted, trembling hands or his blank face as he delivers halting, unhinged monologues (“I know I’m crazy,” he confesses). When he talks at all, he speaks as if he’s in a trance, gathering the strength to push out each phrase, about five or six words per minute, with long pauses in between. We also meet his caretaker brother Jun, who eventually reveals some shocking fetishes of his own—leading one to wonder whether there is a genetic curse on the Sagawa clan, or whether Jun was driven mad by knowledge of his brother’s crimes. Old black-and-white home movies of the two show what look like happy, normal children.  Back in the present, we have a very odd pixilated porn sequence starring Sagawa, inserted without any context, followed by a tour through the manga he drew celebrating his crime. Jun is both fascinated and disturbed by the graphic drawings of the girl’s corpse and his brother’s erection when faced with it. “I can’t stomach this anymore,” he says, but continues turning the pages. Issei, distant as always, seems embarrassed, if anything, reluctant to answer the questions his brother poses. For the final scene, they bring in a prostitute (or groupie?) dressed as a sexy nurse to read the cannibal a bedtime story about zombies, then take the invalid demon out for a wheelchair stroll around the neighborhood. The end.

I am glad someone documented these two twisted specimens of humanity with minimal editorializing, but the result is no fun whatsoever, and offers no insight to their pathologies, making it a very difficult watch on multiple levels. It’s of interest to sick thrill seekers and serious students of abnormal psychology. You should know this movie exists. God help you if you watch it. There is no guarantee it will get a commercial release. The film seems destined to remain forever underground, where it probably belongs.