PLOT: A dog is murdered for his vast fortune, then reincarnated as a human in order to solve the crime and protect his former caretaker. 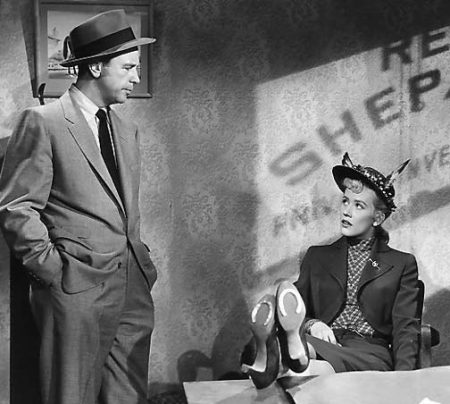 WHY IT WON’T MAKE THE LIST: Proving that high concept is not a recent phenomenon, You Never Can Tell is amiable and lighthearted, barely dipping its toe into the stranger implications of its premise. It’s perfectly pleasant.

COMMENTS: Deciding whether a movie is weird is complicated by the inescapable truth that weirdness is in the eye of the beholder. After you’ve watched enough movies with really strange storytelling and quizzical imagery, it can be easy to forget the simple charms of the unanticipated left turn. It occurred to me while watching You Never Can Tell that, while I was hardened to the oddball premise of a dog in human form, contemporary audiences must have been rendered speechless by the introduction of an animal purgatory lorded over by a lion and populated by a veritable peaceable kingdom. For most readers here, this is a minor obstacle to overcome, but even today, there are certainly audiences for whom it is a bridge too far.

The story of King the German shepherd cum Rex Shepard, Private Detective is built on a quirky idea, but once you get past the supernatural premise, you’re left with a pretty square whodunit. In fact, the villain is identified for us early on, putting a lot of pressure on our interest in King’s voyages through the human world to carry the film. That means you have to really have to be committed to the quest of Dick Powell to bring his own killer to justice, and between his laid-back performance and the script’s cavalier attitude toward its own plotting, he really doesn’t pull it off. In fact, You Never Can Tell is an interesting blip in Powell’s remarkably diverse filmography, running the gamut from the song-and-dance man of 42nd Street and Gold Diggers of 1933 to a hard-bitten private eye in Murder, My Sweet and Cornered. (To say nothing of his eventual gig directing the notorious cancer vector The Conqueror). Powell’s turn as private eye pup plays his tougher image for laughs, but other than a propensity for growling and a fondness for kibble, there’s not much to the performance. It’s light, wisely underplayed, but pretty straight and narrow.

If Powell doesn’t make the most of his role, co-star Joyce Holden absolutely does and then some. As Golden Harvest, a racehorse accompanying King as the detective’s confidential secretary, she gets to have all the fun he can’t. With her on-the-nose attire, inch-thick Kentucky accent, and propensity for horse metaphor and picking winners at the track, she is exactly the freewheeling comic relief the movie wants her to be. In fact, her antics hint at a completely different movie than the one that is developing as Rex tracks down his murderer. In that storyline, his pining for his old four-legged life (at one point, he literally steps over his own grave) is matched by the bittersweet longings of his former caretaker, Ellen. The mix of wacky hijinks and earnest grief is at least as weird as any of the rules of the animal kingdom’s afterlife.

Much of the stranger aspects of the premise are left unexplored, or even deliberately sidestepped, such as the deus ex animalis that justifies the climactic romantic pairing. Is it interspecies love if they’re the same species now? But what if the romantic interest started before that? Is this the story of the love of a beast for its keeper? How many of the humans we encounter on the street are merely animals returned to Earth in an inferior form? What are the implications of procreation in this universe, what is human anyway, and what will the sex be like? You Never Can Tell definitely has more potential for weirdness than it exploits, and possibly more than it knows.

You Never Can Tell is the kind of movie you could easily see being remade every dozen years or so, just to give new comedic talents a chance to unleash their inner hounds. It’s incredibly easy to picture this as a Jim Carrey vehicle in the late 1990s. (Likely 2019 casting: Kevin Hart as Rex, Kate McKinnon as Goldie.) So it’s notable that the only (unacknowledged) remake of the film thus far, Oh, Heavenly Dog, flipped the script by reincarnating a human (Chevy Chase) as a dog (Benji). Maybe you need an actual animal to get more into character.

“This weird premise makes for a funny, inventive comedy. The dog and horse may be human in form, but they’re still animals. Some hilarious scenes play off this, and I won’t give any away. It’s a one-joke movie, sure, but it’s a funny joke, and one that can last the full running time without wearing thin.” – Samuel Stoddard, At-A-Glance Film Reviews

(This movie was nominated for review by Ed. Suggest a weird movie of your own here.)